Home
Blog
Affordable Medicines
Cost Effectivity or Affordability: What Should be Prioritized in India?

Cost Effectivity or Affordability: What Should be Prioritized in India? 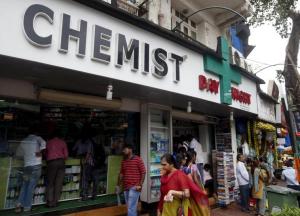 As per the available information, the healthcare spending per capita per annum in India has been observed to be about $109, with total healthcare spending in the range of 4.9% of the country’s GDP. Most of the spending occurs from the private sector with public sector contributing to a mere $ 19 per capita per annum. Concurrently, the average spending per capita per annum in the United States during the same time frame has been found to be approximately $4271 whilst for the United Kingdom, the spending is $ 1675. These figures clearly indicate that healthcare in India is fairly cheaper, a strong reason for a growing medical tourism market in the country. However, when compared with paying power parity and affordability, the cost of medical care is escalating. It is worthwhile to note that as per World Bank estimates, more than 44% of Indian population earns less than one dollar a day.

In India, a silent crisis in access to essential medicines confronts most patients who seek treatment of acute and chronic diseases. Close to 40% of Indians live on less than US $1 per day and most of them pay Out-Of-Pocket (OOP) for using healthcare. OOP spending in India is over four times higher than public spending on healthcare. Unexpected illness can have a catastrophic effect on the family of the ill person: direct out-of pocket payments could push 2.2%% of all healthcare users and one-fourth of all hospitalized patients, into poverty in a year.

In addition, most Indians pay for medicines – a key factor that can contribute to the impoverishing effect of OOP payments for healthcare. According to the World Health Organization (WHO), an estimated 649 million people in India do not have regular access to essential medicines. Public provision of these medicines is poor; the median availability of 30 essential medicines in six states in India varied between 0% and 30%. Patients are forced to buy medicines from the private market, a compulsion that often spells calamity for those who can ill afford the twin burdens of sickness and healthcare costs.

Drug regulatory agencies all over the world approve medicines for use in their countries on the basis of an evidence-based process which evaluates the data on their efficacy (obtained through randomized controlled trials) and safety. In India, in light of the public health problems that we face, the widespread poverty and high OOP expenditure incurred by patients, the drug regulatory authorities have an additional responsibility: to ensure that the medicines being approved for manufacture serve the public health needs of the country and are cost-effective. Moreover, patients value quality, safety and cost-effectiveness of a medicine; it matters little to them whether the medicine is branded or unbranded and whether it is promoted through the retailer or the doctor.

India and its pharmaceutical industry have acquitted themselves very creditably on the global platform. Indian generics account for about 40% of the anti-retroviral medicines provided globally. Worldwide, these low-cost high-quality medicines are a lifeline to millions of people. There are an estimated 10,563 manufacturers in India, and more than 65,000 formulations. These numbers look impressive but the paradox is that, at home, large portions of the population lack access to even the most essential drugs. The limited funds available are frequently spent on ineffective or unnecessary medications. The money spent on overpriced medicines is very often also a waste of precious resources. Since these medicines outnumber those which are cost-effective, they directly impact the availability of and access to essential medicines.

To address the anarchy of drug prices which is impoverishing people, we need a comprehensive cost-based system, and not the market-based system of price regulation. The drug approval system in India needs to be overhauled on the lines suggested by the recent parliamentary committee which looked into the functioning of the CDSCO. The process of drug approval needs to be rigorous, evidence-based, transparent, and in line with the interests of public health in India. The present predicament, of poverty of access to medicines amidst a plenty of overpriced, non-essential medicines which worsen poverty, should not be allowed to continue to imperil the lives and health of Indians.

What are Bundled Payments in Healthcare?

How Innovative Alternate Payment Models Are Bringing Change In Healthcare?

Is India Gearing up for Patient Centric Healthcare Model?